Rock Sound
August 15, 2020 1:30 pm by Jack Rogers
We have a lot to thank Tony Hawk for, both for skateboarding and musical reasons. So, with the first two games getting a fancy remastering, we thought it only right to look back on the best of the best.

So, just to be clear, we’re focusing on the original four Pro Skater games here. And the game which each song appears on is in brackets at the end of the title. Got it?
GOLDFINGER – SUPERMAN (1)
A quintessential Pro Skater song. Feel your hairs stand on the back of your neck as that riff comes in? Picture yourself doing a 360 as the brass swells? ‘Superman’ served as an introduction to Goldfinger for thousands. We wonder what John Feldmann is up to these days?

PAPA ROACH – BLOOD BROTHERS (2)
If you didn’t already realise, Papa Roach’s ‘Infest’ is celebrating its 20th anniversary this year. Yeah, really. Well despite the fact that to many the rally cry of ‘Last Resort’ or the atmospheric build of ‘Between Angels And Insects’ served as their first taste of the band, some were inducted into the Roach family thanks to the thunderous appearance of ‘Blood Brothers’ on Pro Skater 2.

BAD RELIGION – YOU (2)
Bad Religion are nothing less than punk rock royalty and ‘No Control’ is nothing short of a blueprint for how to write the perfect punk rock song. We won’t hear any arguing. Anyway, if you don’t feel a surge of adrenaline and desire to attempt a Christ Air when you hear those drums kick in, we don’t know what will.

POWERMAN 5000 – WHEN WORLDS COLLIDE (2)
The cultural shift that was nu-metal was unavoidable at the turn of millennium. Seriously, it was MASSIVE. Well Pro Skater followed suit and incorporated some of the genre into their punk heavy soundtrack on the second edition of the game. That included this hip-shaker from Powerman 5000. Did you know that ‘Tonight the Stars Revolt!’, the album this song appears on, is certified Platinum in the US?

MILENCOLIN – NO CIGAR (2)
A classic from the Epitaph vault from one of Sweden’s finest exports, ‘No Cigar’ was a prime example of Milencolin moving away from their ska roots and dishing out hot steamy punk by the plate load. You can just hear the sunshine gleaming off this one as you close your curtains to hide the real sunlight as it’s making it hard for you to see your TV screen.

LAGWAGON – MAY 16 (2)
Did you know that every May 16th you are only allowed to listen to ‘May 16’ by Lagwagon again and again? Seriously, it’s the law. Wait, it isn’t? Well we recommend you do it anyway and remember all of those wonderful Saturday afternoons spent trying to figure out how to unlock Spiderman as a playable character.

ANTHRAX & PUBLIC ENEMY – BRING THA NOIZE (2)
When we’re talking about the most iconic collaborations ever, ‘Bring The Noise’ is right up there. Public Enemy and Anthrax, both at their most popular and punishing, coming together to destroy boundaries and blend genres like nobody else dared? Doesn’t get much better than that.

AFI – THE BOY WHO DESTROYED THE WORLD (3)
Responsible for some of the fastest, catchiest and spookiest skate punk ever, AFI were able to tap into a completely new audience with their appearance on Pro Skater 3. Actually, go and listen to all of the ‘All Hallows’ EP right now. That’s an order. We’ll be waiting here.

ALIEN ANT FARM – WISH (3)
You may be familiar with their cover of ‘Smooth Criminal’ or their absolutely brilliant anthem ‘Movies’, but those who spent hours carting it round Skate Island will also have this groovy number engrained in their frontal lobes.

CKY – 96 QUITE BITTER BEINGS (3)
Introduced to many by Bam Margera, who is actually a playable character on Pro Skater 3, CKY also gained a rampant fanbase through so many hearing this wibbly wobbly number.

LESS THAN JAKE – ALL MY BEST FRIENDS AS METALHEADS (4)
Less Than Jake are carved into the folklore of ska-punk after producing some of the most pulsating tracks the genre has to offer. Their sound also goes hand-in-hand with the art of Pro Skater, as the fast pace and triumphant brass of ‘All My Best Friends Are Metalheads’ just make you want to batter that joy stick all the harder.

SYSTEM OF A DOWN – SHIMMY (4)
One of the more chaotic songs to appear on the Pro Skater soundtracks, the guttural energy of SOAD’s ‘Toxicity’ era is hard to deny. Plus they were one of the biggest bands in the world around the release of Pro Skater 4, so it just made sense for them to appear on a game that had helped launch the careers of so many.

FLOGGING MOLLY – DRUNKEN LULLABIES (4)
And now for something completely different. Considering that the video for ‘Drunken Lullabies’ is based completely around a punk skateboarding through town to get to a gig demonstrates just how suited Flogging Molly’s music is to tearing it round the park. 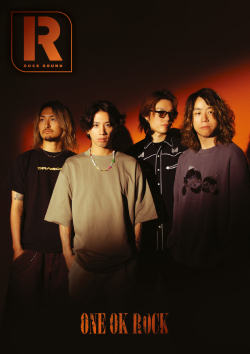