We cover everything multiplayer! News, reviews, previews, hardware reviews, videos, and more!
It would appear that Ghostwire Tokyo may have had its official release date revealed, as its PSN page has suddenly been updated with a March 24 release date! Check out our screencap of the page below, and see for yourself if this is when this game from Tango Gameworks is indeed releasing this March.
Check out the screenshot of the Ghostwire Tokyo PSN page with the possible March release date: 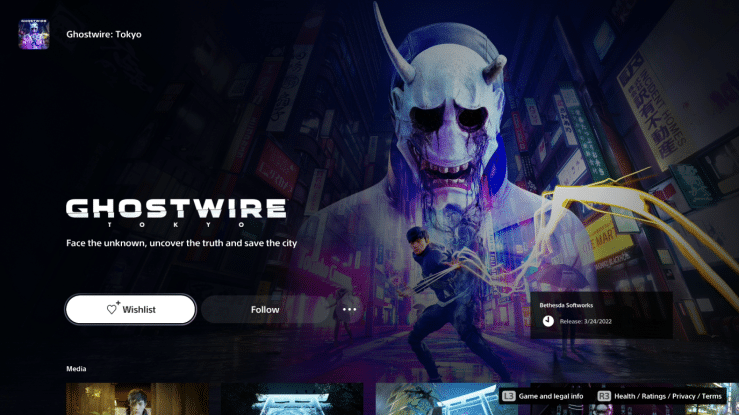 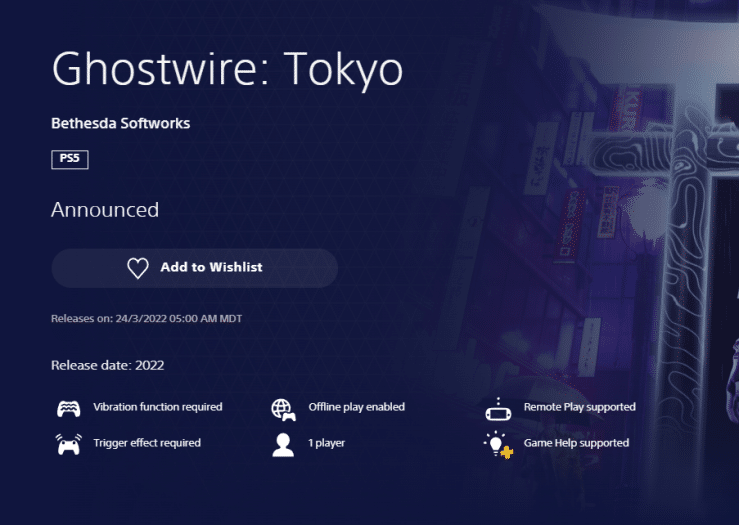 We’ve reached out to see if this is an error on the part of Bethesda or Sony, but at the time of writing we’ve yet to receive a response. As is the case with everything unconfirmed, take this one with a grain of salt until officially confirmed.
In the meantime, check out the last trailer of Ghostwire Tokyo here. This one debuted at the last PlayStation Showcase stream and revealed more of the game’s gameplay, so it’s sure to hype up everyone waiting for the latest from legendary creator Shinji Mikami.
We cover everything multiplayer! News, reviews, previews, hardware reviews, videos, and more! Lots more!