When “NCAA Football 14” released five years ago, no one knew it would be the final game in the series — and the last of it’s kind.

In the near decade since lawsuits were first brought against the NCAA, Collegiate Licensing Company, and video game publisher Electronic Arts, we’ve seen contraction within the sports gaming genre that began with college basketball (due to low sales in 2009) and spread to college football (because of lost licenses in 2013).
MORE: Return of ‘NCAA Football’ still unlikely

In 2009, action was brought by former UCLA basketball player Ed O’Bannon — over the arguably unauthorized appearance of historical players in college basketball games — and former Arizona State and Nebraska quarterback Sam Keller, regarding similarities between stock players in “NCAA Football” games and real-life players. Eventually, those two lawsuits merged into a single class action lawsuit against the NCAA, CLC, and EA.

“NCAA Football” fans have always been able to identify real-life players in the franchise, even before the ability to edit names and share them freely became the norm. Of course, EA Sports was not able to pay for the rights to players, given those players couldn’t accept any form of outside compensation due to NCAA regulations. It was learned through discovery that EA and the NCAA did discuss the possibility of adding player names to the games, presumably without paying the players, before deciding against it.

The legal arguments started with video games, but ultimately evolved to include other, even more lucrative areas of college athletics — like broadcast rights and merchandising dwarfed — in which the athletes received no compensation.

Electronics Arts and the CLC settled their way out of the lawsuit in 2013 at a cost of $60 million, which was a bargain considering the parties were looking at possible exposure in the range of $1 billion. Athletes that were determined to have “appeared” in past editions of the video games were set to receive anywhere from a few hundred dollars to a few thousand.

The “NCAA Football” series was not canceled due to that settlement, but rather its end gave EA the reasoning they needed to be done with it all. The long-running series was shuttered and developers moved to other projects. It wasn’t just the need to create more generic rosters and the loss of the NCAA branding, but also conferences and individual universities backing out of agreements that made the series no longer financially and commercially viable. 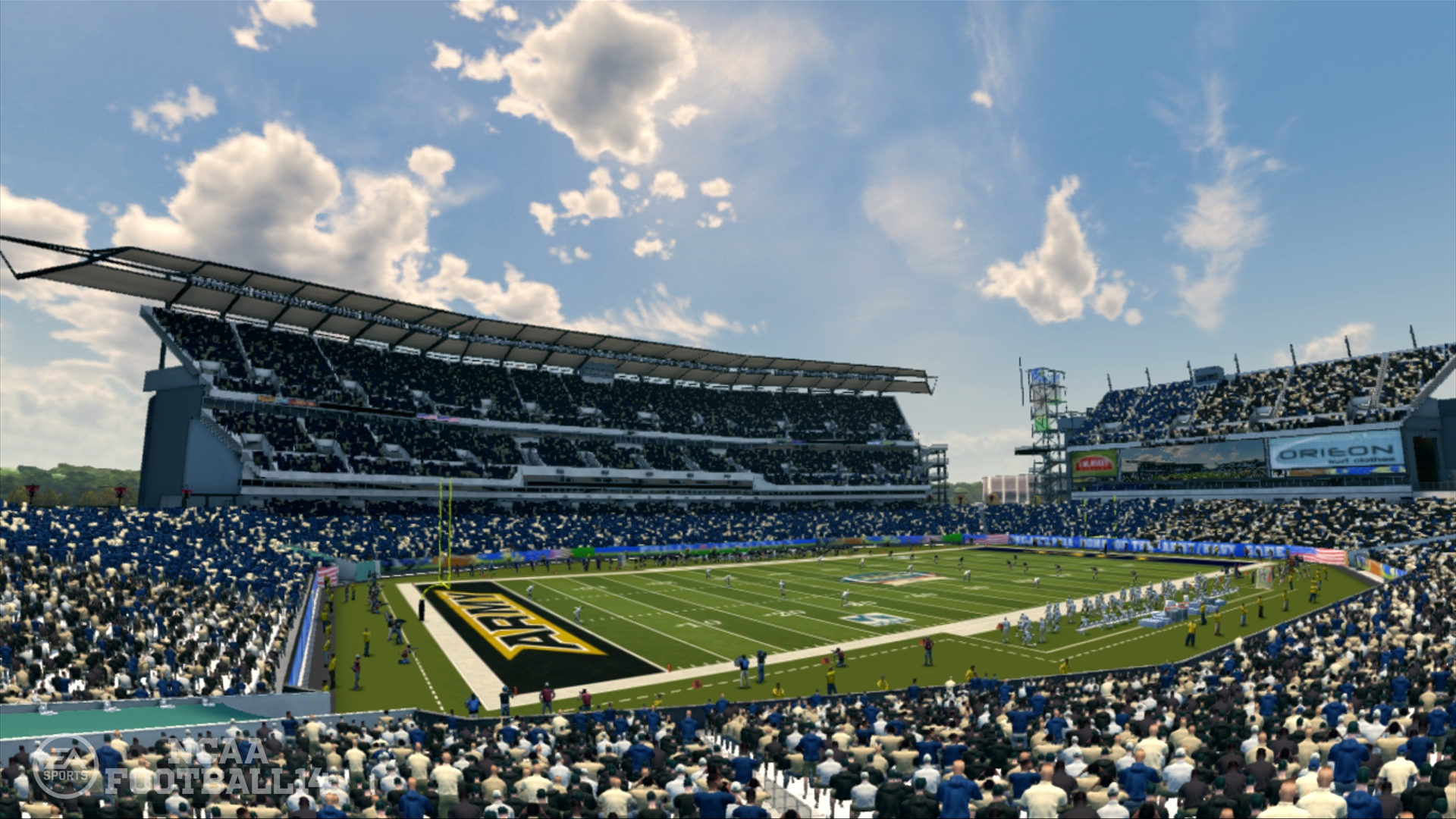 (“NCAA Football 14″/EA Sports)
MORE: Kirk Herbstreit slams Ed O’Bannon over loss of ‘NCAA’ franchise
Less than one year later, the O’Bannon lawsuit was won by the plaintiffs. It was far from a worst-case scenario for the NCAA, who framed an unfavorable decision as potentially being a death sentence for collegiate athletics. The NCAA would no longer be allowed to prevent student-athletes from being offered a share of revenues generated from use of their names, images and likenesses while enrolled in school. That came with a cap on how much players could be paid, and also dictated athletes couldn’t be paid until they either left school or otherwise saw their eligibility expired.

While that was a promising development for the future of sports video games, it was later erased by the 9th Circuit Court of Appeals, which upheld the antitrust finding but reversed the verdict that would have allowed players to receive compensation beyond just education-related expenses. The Supreme Court would later decide not to hear the case, which left the situation in limbo and prevented college athletes from being paid for their likenesses.

While dedicated college sports games have vanished, there have been some notable appearances since in the professional games. “NBA 2K16” and “NBA 2K17” featured a handful of universities in the early stages of their respective story modes. “Madden NFL 18” also licensed Oregon and Texas for brief segments within its “Longshot” story mode. They of course did not have any real players involved, or anyone who would even be confused for players currently at those respective schools. In all, the playable experience that featured those schools was very limited.

Creative opportunities such as those will represent the extent of college sports in video games for the foreseeable future. But how could the landscape of college sports change though to bring about the return of licensed games? 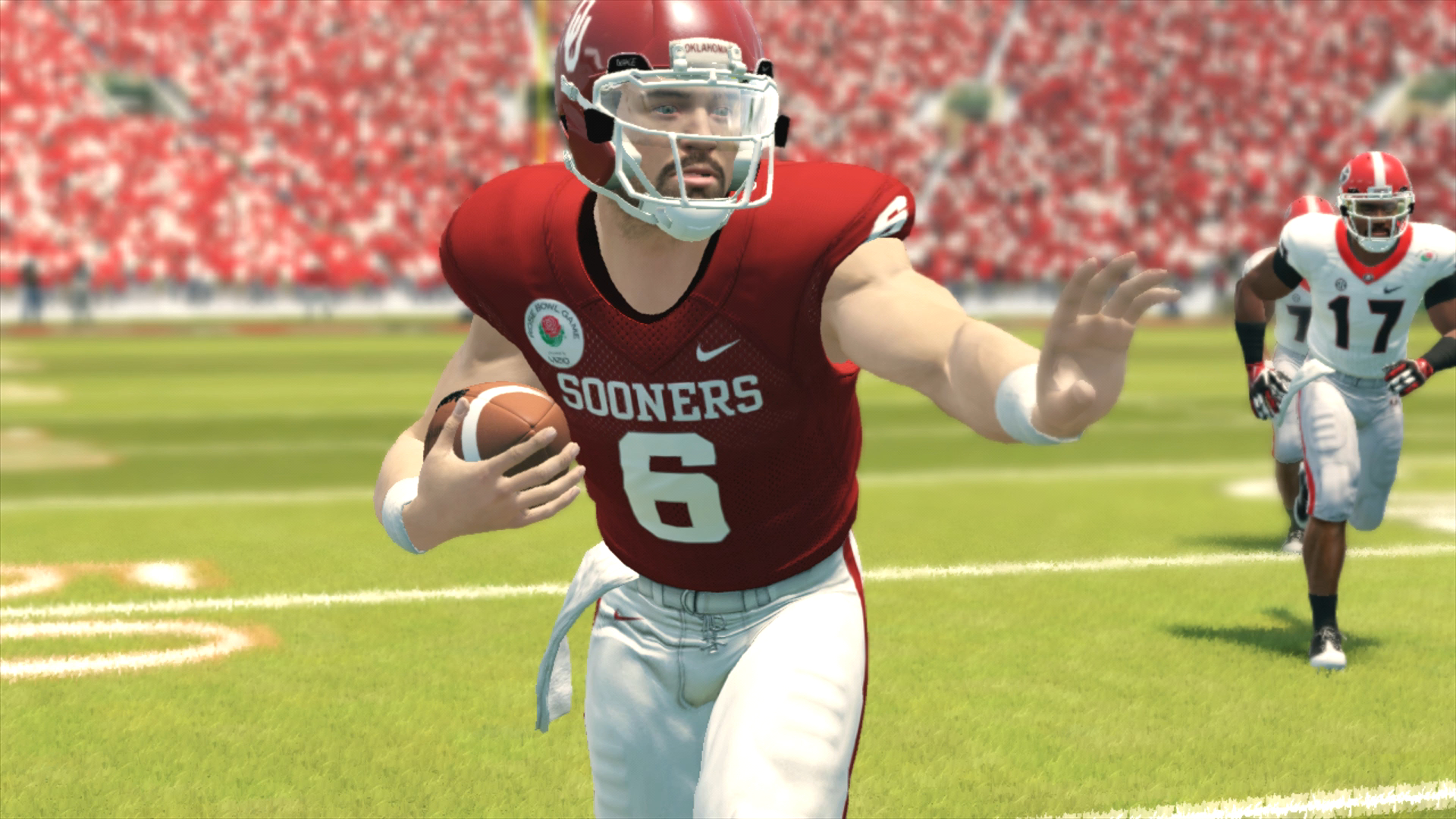 (“NCAA Football” fans have uploaded current rosters into the latest version of the video game./EA Sports)
MORE: ‘Madden 18’ injects drama into story mode
One lawsuit has been making its way through the legal system for a few years, and has finally made some recent significant movement. Attorney Jeffrey Kessler is taking on the NCAA and challenging the whole idea of amateurism. Should the courts decide in his favor, there’d be no restriction on players being paid for their likenesses — and major sports publishers would likely jump back in and revive “NCAA Football” series, potentially under a new name, without the official support of the NCAA.

The same judge who ruled in favor of the O’Bannon class is overseeing the case, slated to begin in December. Regardless of the outcome, the appeals process and procedures that will likely go into place almost certainly ensures a final resolution won’t be reached for another several years.

“NCAA Football 14” was not just a great game at the time of release. It still holds up well even today. Unfortunately, it is not backwards-compatible (meaning it can’t be played on the Xbox One or PS4), and never will be. Games that represent the final edition in a series are often remembered fondly, but not necessarily because of their merits. “NCAA Football 14” is an exception to that, as it is widely considered one of the two best sports games released on that generation of hardware.

Monday would have been the release date for “NCAA Football 19.” Unfortunately for fans of the franchise, it seems five years hasn’t nearly enough time to see the series’ return, in its old form or otherwise.
Bryan Wiedey posts sports gaming news and analysis daily at Pastapadre.com, is co-founder of the sports gaming site HitThePass.com, hosts the “Press Row Podcast” and can be reached on Twitter @Pastapadre.