EA says the full Madden 23 reveal will come on June 2nd which means you don’t have to wait much longer for the first game trailer and other important pieces of information.
In an announcement, EA says the game will land later on this summer.
The Madden 23 release date will almost certainly land sometime in Q2. EA’s Q2 stretches from July to September.
You can expect the official Madden 23 release date to land in August ahead of the NFL season. The 2022-2023 NFL season is set to begin on September 8th, but Madden 23 should be out on shelves weeks before that.
EA will likely confirm the game’s official release date when it pushes the first gameplay trailer live.
With Madden 22, EA took a different approach and used two cover athletes: Chiefs quarterback Patrick Mahomes and Buccaneers quarterback Tom Brady. We’ll see something different with Madden 23. 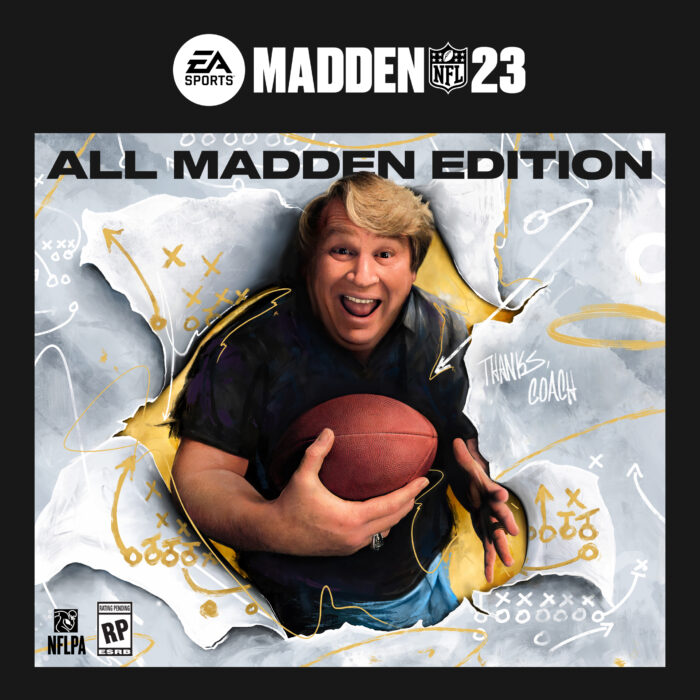 As expected, Hall of Famer John Madden will grace the cover of Madden 23. EA says there will be three unique Madden 23 covers that “pay tribute to a different chapter in Coach Madden’s unforgettable life.” You can see one of them in the image above.
The company says additional art will celebrate “his time as an NFL broadcaster and his career as one of the most beloved NFL coaches in NFL history.
You can expect two or three Madden 23 editions.
There are three versions of Madden 22. There’s a standard version that serves as the cheapest way to access the game. There’s a MVP Edition which includes some additional content and there’s the Dynasty Edition which is aimed at hardcore fans of the series.
We expect Madden 23 to follow a similar formula: a no-frills standard edition and one or two bundles that come with some extras aimed at those who plan to invest a lot of time in the game.
For more about the Madden 22 editions, check out our guide.
You can expect Madden 23 to go on sale in June after EA makes its announcements.
Look for EA to provide shoppers with pre-order bonuses including an early release date for those who buy the game early. Those who pre-ordered a copy of Madden 22 MVP Edition or Dynasty Edition were also able to play the full game three days early.
For reference, here were Madden 22’s pre-order bonuses:
The Madden 23 pre-order bonuses won’t mirror these exactly, but look for the extras to revolve around the popular MUT game mode.
Nothing is confirmed, but we don’t expect EA to drop support for older consoles.
EA has a long history of supporting older consoles so it will likely be a few years before Madden skips the PlayStation 4 and Xbox One.
You can expect Madden 23 to support the following platforms:
The Madden series hasn’t come to Nintendo Switch yet and we haven’t heard any news about a release for the portable console this year.
Madden 23 won’t come to PS3 or Xbox 360 so if you still own one of those consoles you’ll need to upgrade.
EA will almost certainly use tiered pricing for Madden 23.
The base version of Madden 22 started at $59.99 for Xbox One and PS4 while the base version for PS5 and Xbox One Series X started at $69.99. We expect that to stay the same this year.
The Madden 23 bundles will cost more than the base game. As of right now you can expect these to retail somewhere between $79.99 and $99.99 without a deal.
EA hasn’t confirmed the full Madden 23 feature list and we haven’t heard a whole lot about its development thus far. That being said, the company has confirmed some features that will tie-in with John Madden’s enduring legacy. 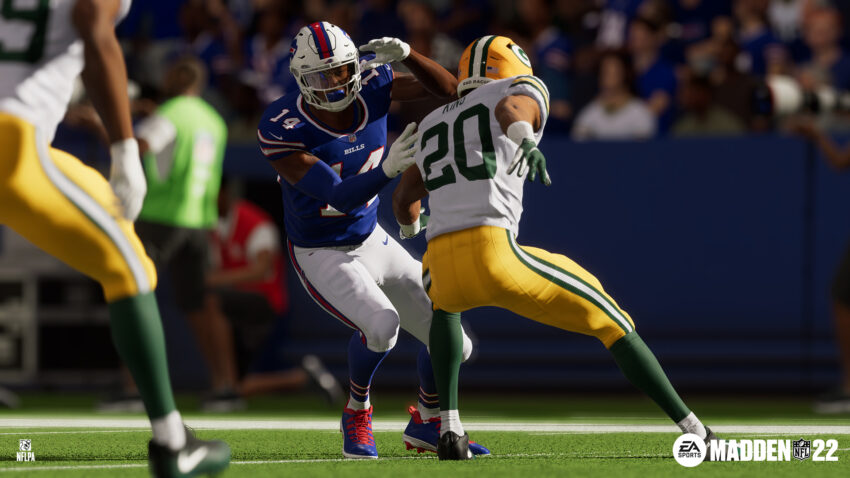 EA says the game will offer the “first interactive experience will feature two versions of Coach Madden leading opposing teams of ‘All Madden’ athletes facing off in the 1970s Oakland Coliseum.”
The game will also feature “the unforgettable voice of Coach Madden” as he returns to the game in “remastered audio clips that callback to his legendary days as a broadcaster.”
You can also expect upgrades to graphics and performance, enhancements to staples like MUT, and new player ratings for Madden 23’s rosters. You can also expect enhanced AI.
We’ll let you know when we learn more.
We expect EA to bring Madden 23 to iPhone, iPad, and Android.
The mobile version of Madden, while robust, is a toned down version of the game. However, unlike the full blown version of Madden, it’s free to play.
You should be able to play Madden 23 up to five days early on consoles and Windows.
If you want to get access to Madden 23 ASAP, you’ll need to pay for EA Play. EA Play will let you play for 10 hours during a trial and all of your progress will carry over to the final game.
EA Play is $4.99 a month or $29.99 for a year and you save 10% on games and in-game purchases.
If you pre-order a copy of Madden 23 for console or Windows PC, you’ll get some bonuses with your purchase.
If you pre-order a copy of the Madden 23 Standard Edition you’ll get the following items:

And if you pre-order the Madden 23 All-Madden Edition, you get access to all of these bonuses:

One other note: If you’ve played Madden 22, Madden 21, and/or Madden NFL 20, you can buy the Madden 23 All Madden Loyalty Edition and get your choice of one of five 99 OVR player items to use immediately in Madden 22 Ultimate Team.
If you plan to invest time into Madden Ultimate Team, you might want to pre-order a copy today.
Your email address will not be published. Required fields are marked *