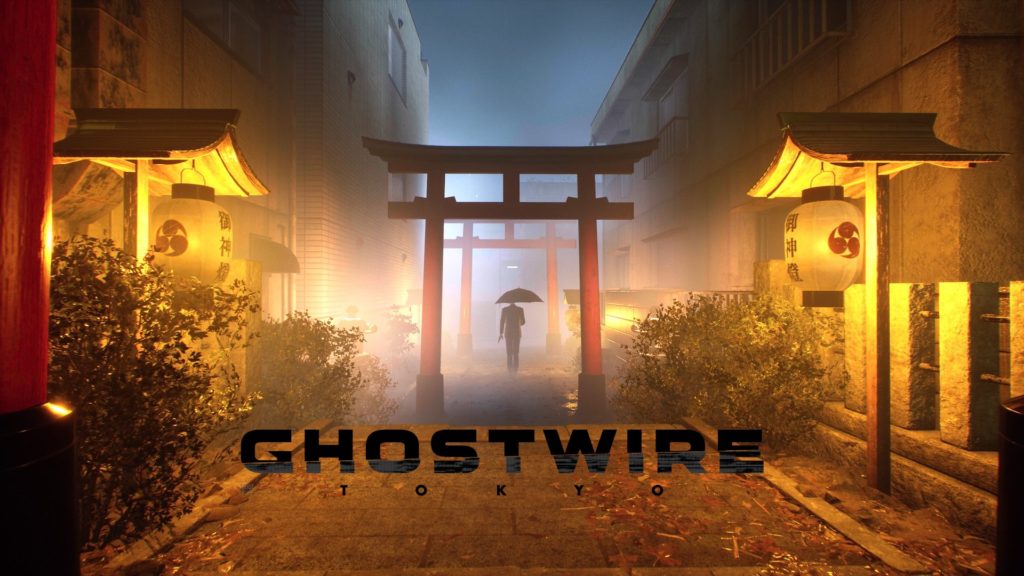 GhostWire: Tokyo is supposed to launch in early 2022, according to its official launch window, but details and updates on the game have been almost non-existent. Recent rumours had indicated that new details on the game would be arriving soon thanks to an upcoming media event, and it seems those details have arrived earlier than they were supposed to.
A hands-on preview of GhostWire: Tokyo was recently published ahead of time (via ResetEra), stating that the game will launch on March 24. That, in fact, is a release date that was leaked recently on the PlayStation Store itself as well.
Details on the game’s story and gameplay have also emerged. Demon hunter Akito serves as the protagonist, and is aided by a ghost who’s taken residence in his home, with the two working together against a Yokai that’s taken over Tokyo and its citizens.
Combat revolves around “Weaving”, and entails attacking enemies, parrying incoming attacks, drawing enemies’ essence out of them, and more. There’s also mention of boss fights, of course. Interestingly, there will be no damage numbers of life bars, but as enemies are damaged, they will visibly fall apart, losing limbs and body parts as you damage them more.
Elemental attacks will also factor in, while you will also be able to utilize stealth or various weapons, such as a bow and arrow. Shops run by Yokai cats will allow you to purchase resources or upgrade weapons and equipment.
Outside of the combat, activities will include helping the citizens of Tokyo, who’ll often be found wandering the streets as spirits. Players will have to capture these spirits in paper dolls and then help them escape the city and restore their human form.
Over on Twitter, @AestheticGamer1 states that these details should go officially live when previews go up on February 4, which means Bethesda and Tango Gameworks will soon be providing official updates on the game and its release date. Stay tuned for all of those updates.
Follow us:
Publisher:Bethesda Softworks
Developer:Tango Gameworks
Platforms:PS5, PC
View More
Publisher:Square Enix
Developer:Square Enix
Platforms:PS5, Xbox Series X, PS4, Xbox One, Nintendo Switch, PC
View More
Publisher:Warner Bros. Interactive Entertainment
Developer:WB Games Montreal
Platforms:PS5, Xbox Series X, PC
View More
Far Cry 6 gets a roguelite mode with its new Lost Between Worlds expansion. Check out our review to find out w…
The survival horror title has gorgeous visuals, excellent sound design, and an interesting set-up. So why does…
A new report talks about Marvel’s Avengers’ many development issues, and claims there are currently no plans t…
Striking Distance Studios is “listening” to feedback and currently working on further optimizations for PC and…
Luminous Productions could announce a demo at tomorrow’s gameplay showcase, which could release in the coming …
Producer Taichi Inuzuka confirmed to Famitsu that players can reach the end by just treasure hunting, but some…
View More