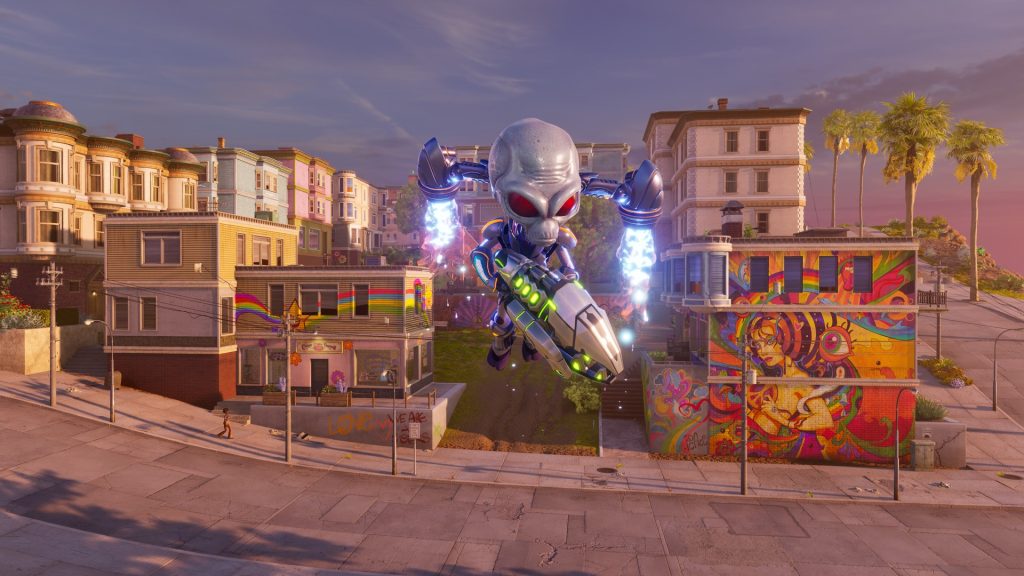 Destroy All Humans! fans have had plenty to be happy about of late, with last year’s solid remake of the original being followed by the announcement of a remake of the successor with Destroy All Humans! 2: Reprobed. THQ Nordic and developer Black Forest Games surprised many with the announcement that the game wouldn’t be a cross-gen release, and have explained since then why it’s going to skip the PS4 and Xbox One. But it is, of course, still coming to PC, and with Valve’s Steam Deck launching imminently, questions about optimizations for the device for upcoming games’ PC version are being asked often.
Where Destroy All Humans! 2: Reprobed is concerned, Black Forest Games definitely has an eye on the Steam Deck. Speaking with GamingBolt in a recent interview, technical director Johan Conradie and assistant creative director Stefan Schmitz confirmed that Black Forest Games will “definitely be checking the game on the Steam Deck” to make sure that it runs well on the device.
“We’ll definitely be checking the game on the Steam Deck to make sure that we hit an acceptable quality bar there,” the developers said. “It’s an exciting piece of technology making our work more accessible to a broader audience in a more accessible way.”
Destroy All Humans! 2: Reprobed is due out for the PS5, Xbox Series X/S, and PC some time in 2022. You can read our full interview with the developers through here.
Follow us:
Publisher:THQ Nordic
Developer:Black Forest Games
Platforms:PS5, Xbox Series X, PC
View More
Publisher:THQ Nordic
Developer:Black Forest Games
Platforms:PS4, Xbox One, PC, Stadia, Nintendo Switch
View More
Publisher:Square Enix
Developer:Square Enix
Platforms:PS5, Xbox Series X, PS4, Xbox One, Nintendo Switch, PC
View More
Behemoth is a new melee combat-focused single player action RPG coming to PC VR, PlayStation VR2, and Meta Que…
Final Fantasy 16’s newest trailer sets up a dark, dramatic tale of revenge, while also showing off the game’s …
The mech combat game leaked in screenshots earlier this year and is coming to Xbox Series X/S, Xbox One, PS4, …
Check out two new Kemono that can be hunted in WILD HEARTS—the Deathstalker and the Golden Tempest—in a ne…
It’s also been confirmed that Idris Elba will star as NUSA agent Solomon Reed in the upcoming expansion.
The heist-focused first-person shooter is coming to Xbox Series X/S, PS5, and PC. It features Danny Trejo, Chu…
View More