This is kind of weird. A trailer was released for the Destroy All Humans Remake to announce a 50% off deal for the rest of this week. If there was a video for every time a game went on sale, that would just be way too much data wasted. However, there is something special about this video. Sure, Black Forest Games and THQ Nordic want to share the accolades, scores, and quotes from critics, but if you wait around to the end of the trailer, they also tease a Destroy All Humans 2 Remake. 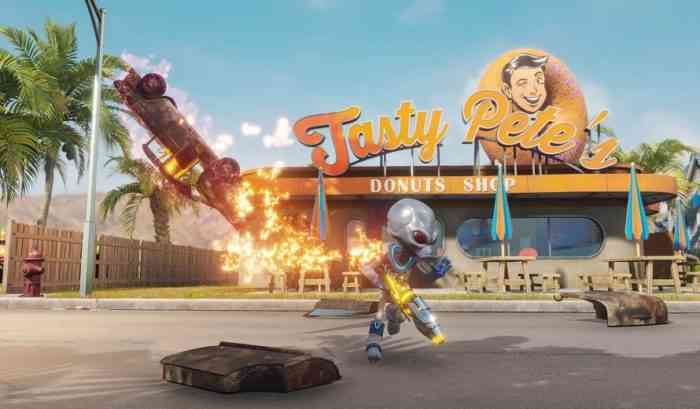 The Destroy All Humans games are whacky, brain-melting fun and many gamers today are packed with nostalgia for them. People liked the remake of the first game, so it only makes sense that THQ Nordic would follow up with remaking the second one. We just wonder how far into the series they will take these remakes. Destroy All Humans Remake is out now for PC, Xbox One, PS4, and Stadia.

Would you get a Destroy All Humans 2 Remake? Let us know in the comments below.