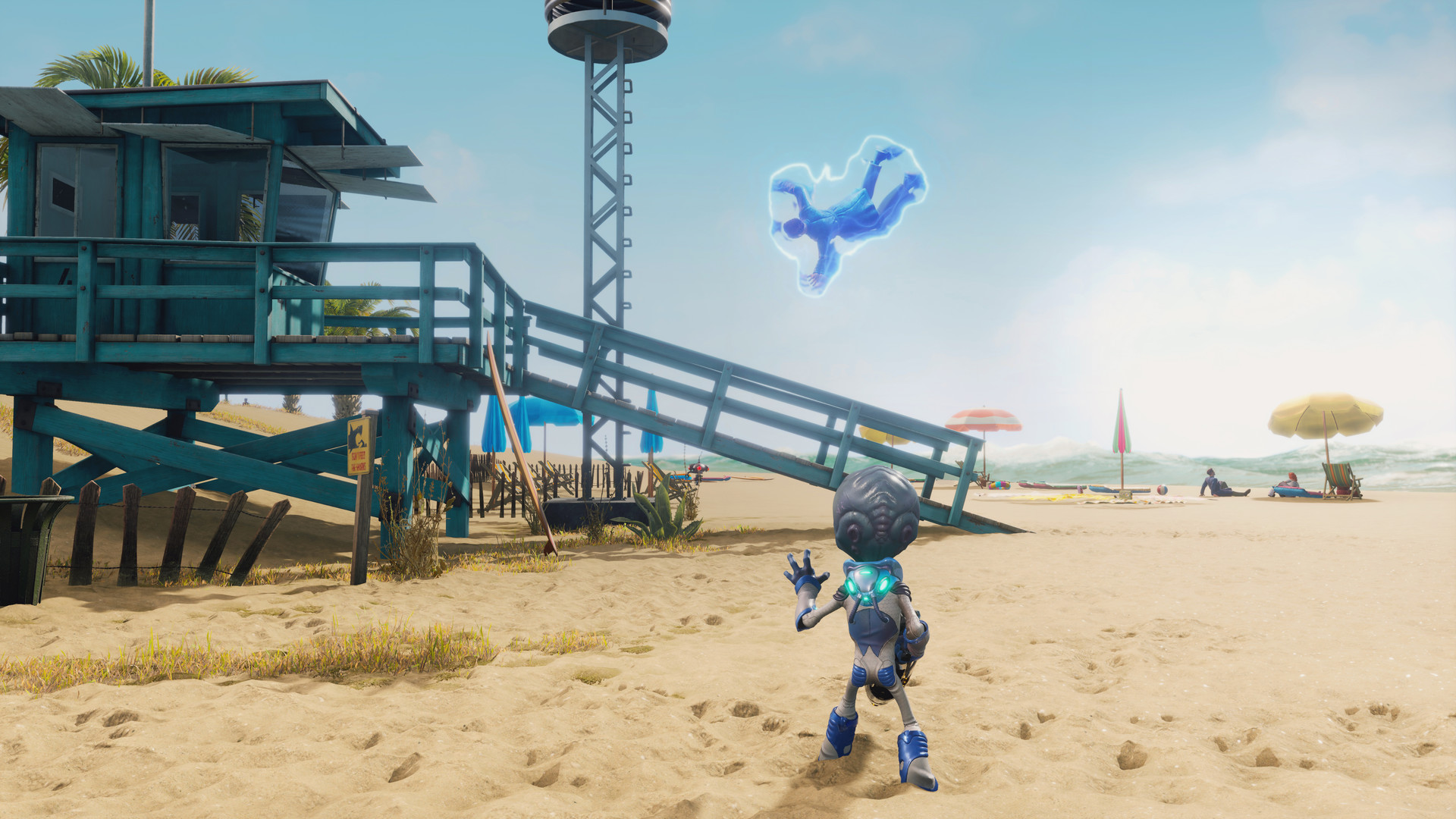 Last year’s Destroy All Humans! remake may not have blown anyone out of the water, but then again, it didn’t need to. It was, in fact, a game that did exactly what it needed to do, delivering a pure dumb fun experience that stuck closely to the goofy and gleefully immature tone of the original game it was based on. Given how successfully Black Forest Games pulled it off, and the fact that it apparently sold much better than publisher THQ Nordic was expecting, many have assumed that more remakes in the series are inevitable. And though nothing official has been announced yet, evidence suggesting that another one of those is in development seems to have emerged.
As pointed out on Twitter by @DahTribute, there’s very clear evidence of a Destroy All Humans! 2 remake on the German website for the Federal Ministry of Transport and Digital Infrastructure (via Pure Xbox), who have been supplying funding to video game projects. One game that they’re funding is a project at Black Forest Games being called Project Cattleprod 2.
If that name in and of itself isn’t a dead giveaway of what the game is (which it is), the descriptive text for the project on the page calls the game “an action adventure game in an open world” in which players “use various weapons and psi powers to fight opponents or to influence them for their own purposes.” The game’s story is described as “humorous and over-the-top”, and apparently has “references to contemporary pop culture and satirical social criticism.” Finally, the page also states that the game has “elaborately staged destruction of buildings”, which apparently are “an essential part of the fun.” A piece of concept art has also been shared, which you can see in the tweet below.
All of that, of course, sounds exactly like Destroy All Humans! It’s also worth noting that a post-launch accolades trailer for last year’s remake seemingly teased at another upcoming remake. Read more on that through here.
Meanwhile, the first Destroy All Humans! remake is currently available on PS4, Xbox One, PC, and Stadia, and will be releasing for the Nintendo Switch on June 29.
Work has resumed for some time at @BlackForestTeam Studio. Some details, about their mysterious "Project Cattleprod 2", are now a little clearer. A concept-art has even been presented to rise the tease!
For more info: https://t.co/ysnJLuIcwf
©Screenshot Black Forest Games GmbH pic.twitter.com/G1Kk8PRE8r
— Destroy All Humans! Tribute (@DahTribute) April 7, 2021