Welcome to hallowed ground. The best sports games – PC, PS4, and everything in-between. A virtual hall of fame where only the 10 absolute finest specimens of sports gaming are allowed in. Breathe it in – smell that? Greatness. (Don’t worry if you can’t smell anything, this is just a webpage.)
Sport is a broad term in gaming, of course. Competitive Starcraft, CS:GO, and Dota 2, are all huge — so big, in fact, that some NBA stars have invested in esports. The rosters of certain Nintendo karting titles and era-defining skating games would also argue strongly for their inclusion here. But we’re being strict.
You can keep your blue shells, Mario Kart. And yes, that is a sick stiffy, Tony Hawk’s 2, but right now we don’t care. It’s numbers, face scans, animations, and forensically accurate kits that matter here. Simulations of actual, real-life sports. Sports games are about imitating life, and, above all else, making you feel like you’re a top-level athlete. If you’re looking for unrealistic sports games, click that link instead.
Below are the sports video games people still talk about. Though their polygons might have wilted and their licenses expired because they took a leap forward toward perfect simulation and immersion of the stuff we shout at on TV, they stand out among the masses of annual iterations. They’re the titles we dedicated ourselves to, and were richly rewarded for doing so. Ladies and gentlemen, the sports game GOATs. 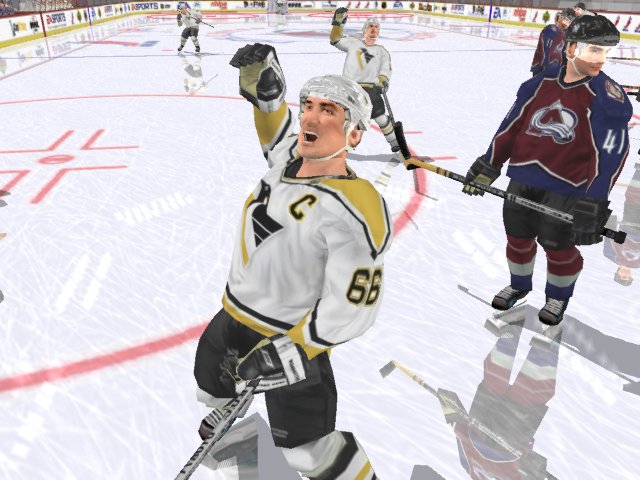 We’re going to be dealing with quite a lot of long-running sports franchises that begin with that deep-voiced man telling us it’s in the game, and the first of those is NHL 2002.
There are many, many reasons for this. Firstly, it depicts a hockey season that actually took place, and one that featured a roster full of future Hall of Famers.
The surreal, unhinged commentary from Jim Hughson and Don Taylor lives long and fondly in the memory of all who played it, as do the collectible celebrations and game modifiers that you unlocked through a prototypical Ultimate Team-like sticker book.
But above all else, NHL 2002 pitched its action perfectly, just the right side of NHL ’94-style cartoon violence without losing touch with the sport’s fundamentals. In short, slapshots feel like they could rupture a tectonic plate, but the player movement and game speed are still convincing. We might have come for the fights, but we stayed for the sport. 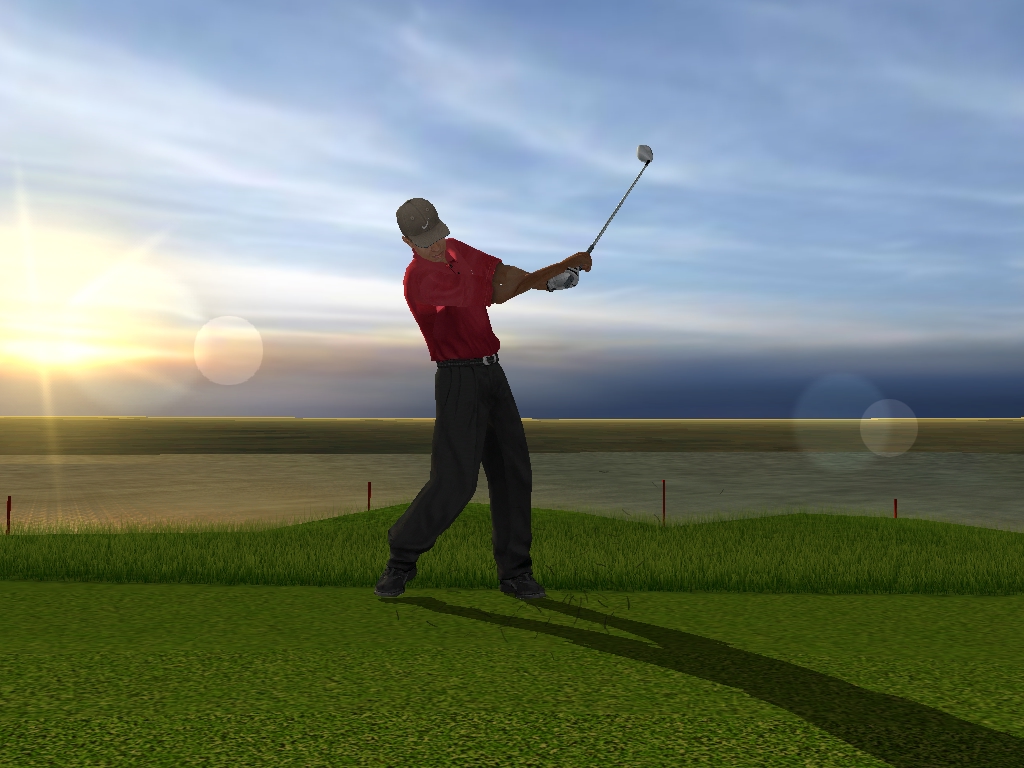 Chances are that Outkast song is already playing in your head after reading the header. That’s just how deep Tiger Woods ’04 hit.
Using a precarious alchemy of Tiger Woods’ star power, an R&B-infused soundtrack, and simple but subtle controls, for a moment there, golf was cool. Sure, you had all the famous courses to stroll around in Nike slacks and a sweater vest, and a whole trading park worth of clubs to unlock, customize, and deliberate over. But golf games had been giving us that for years prior.
What elevated this one was the stylishness of its presentation, a rich and involving career mode, and a character creator that seemed to be visiting from the Tony Hawk’s franchise. Plus, well, we just like the way it moved. 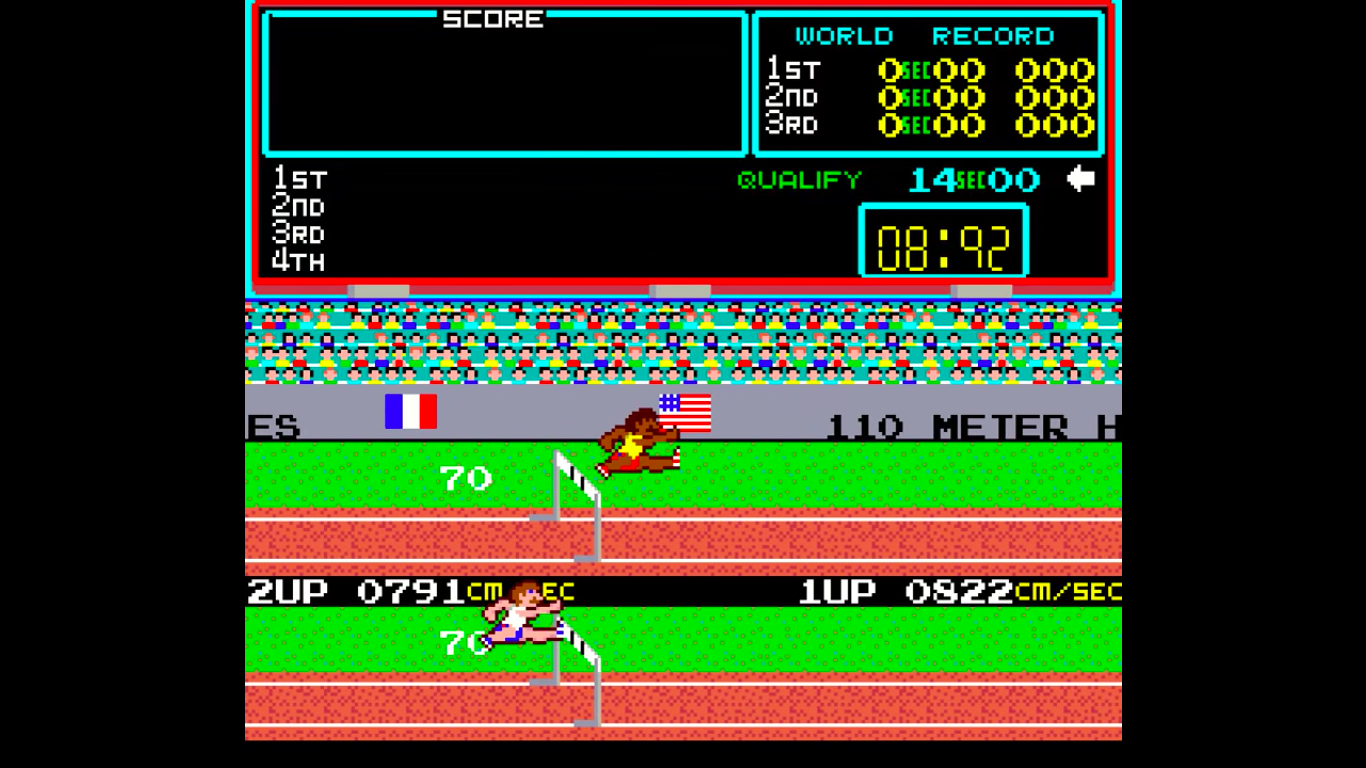 As much as the genre’s about capturing the glamour and the passion of the worlds we build around sport, it’s also about the physical discipline. And arcade legend Track & Field decided on an irresistible way to capture athletic discipline in 1983: bash the ever-loving heck out of some buttons.
How quickly can you hammer the buttons on your Atari 2600 pad? What if you try the tea towel trick, is that cheating? What about the lighter trick? (If you know, you know.) These might seem like misty-eyed musings now, but it’s no exaggeration to say that in the early ’80s they were the most pertinent questions on the global agenda.
Yes, it’s been rendered slightly primitive in the intervening 37 years of innovation. But Track & Field walked so FIFA could run. So that Mario Party could party. So that QWOP could… whatever that QWOP chap does. Destroy a $70 control pad in its honor. 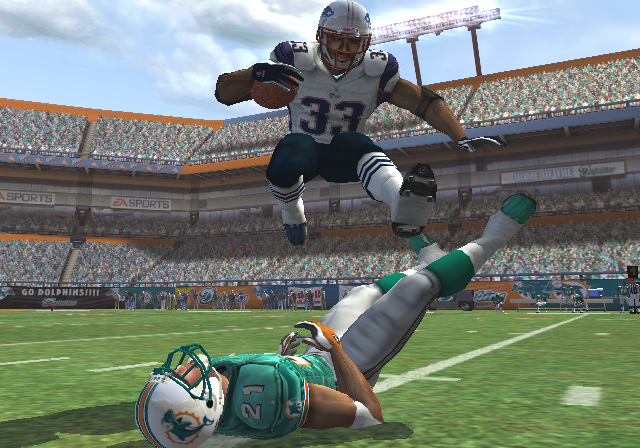 EA Tiburon really hit on something in the early 2000s. It took the Madden series longer to find the joy in throwing, running, catching, and steamrolling than its stablemates NHL and FIFA took to capture the essence of their sports, but when it did, throwing and catching a Hail Mary felt like hearing The Beatles for the first time.
Some say Madden NFL 2003 was the best from this era. But by Madden 2005 the controls were that bit more lithe, the passages of play easier to understand, the opportunities to break the lines that bit more thrilling. It was also much crunchier, and that’s a quality you need in a game about smashing armored men together. 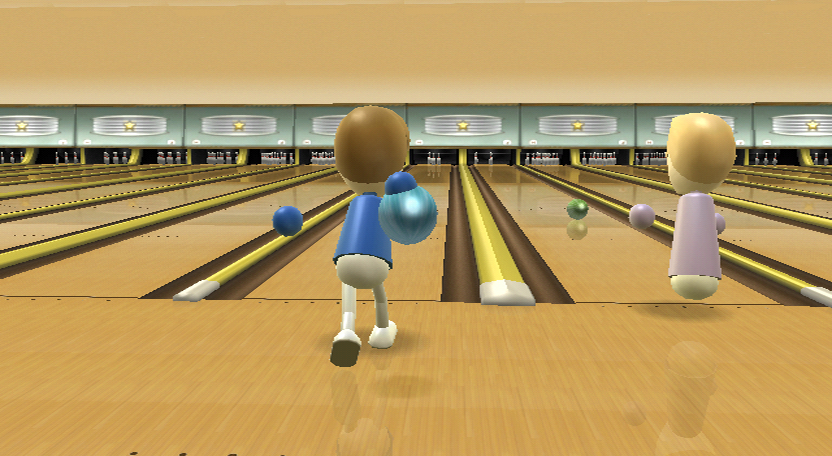 Right, OK, we know we said we were focusing on simulations here, but you can’t have a list of the best sports games without including a game that broke down the barriers between gamers and normies. Everyone and your Nan played Wii Sports, and for good reason.
Wii Sports, as you’ll remember, was catnip to parents. There you’d be, over at a friends’ place, checking out their new Wii. Their mum would poke their head in to say hello, and then — “Oh! What’s this? And you control it just by moving that thing around, do you?”
And suddenly you’re in an impromptu boxing match with your close friend’s mother, defending from a flurry of uppercuts and wondering if she’s wearing the wrist guard as instructed.
That was the transcendental genius of Nintendo’s unit shifter. Like Track & Field before it, Wii Sports found a new way to recreate boxing, bowling, golf, tennis, and baseball that proved so compelling even non-gamers had to get involved. 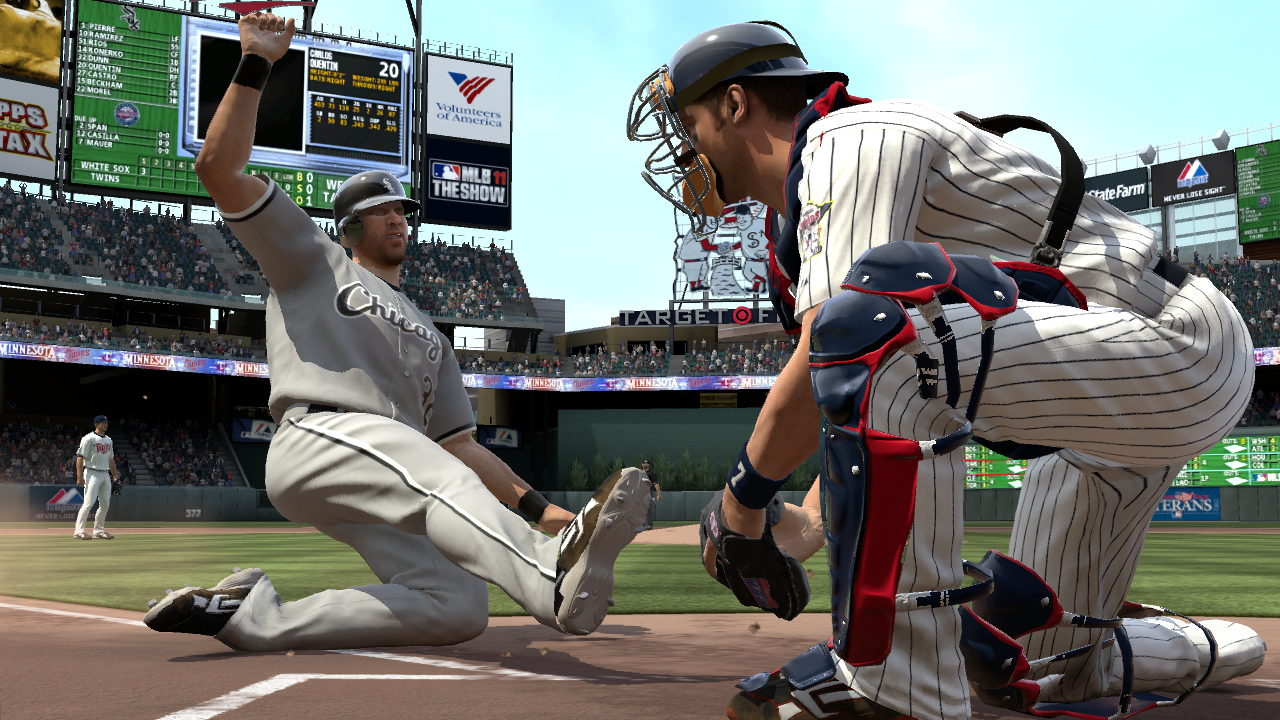 The presentation’s nigh-on peerless. Subtleties within pitching and base-running are made intuitive. Connecting a bat to a ball feels like swimming with dolphins. This much has been true of MLB: The Show pretty much from the start, right up to the current game.
But it was in the early 2010s when Sony’s San Diego Studio really found the formula. Road to the Show, now in its fifth iteration, provided an irresistible rags-to-riches RPG within a sports game, and in 2011 MLB was marginally ahead of NBA2K’s MyCareer in this regard. The Pure Analog control system is still used, in albeit greatly evolved form, in the modern game, and would you believe they even made it fun to use a motion controller? Wii Sports who? 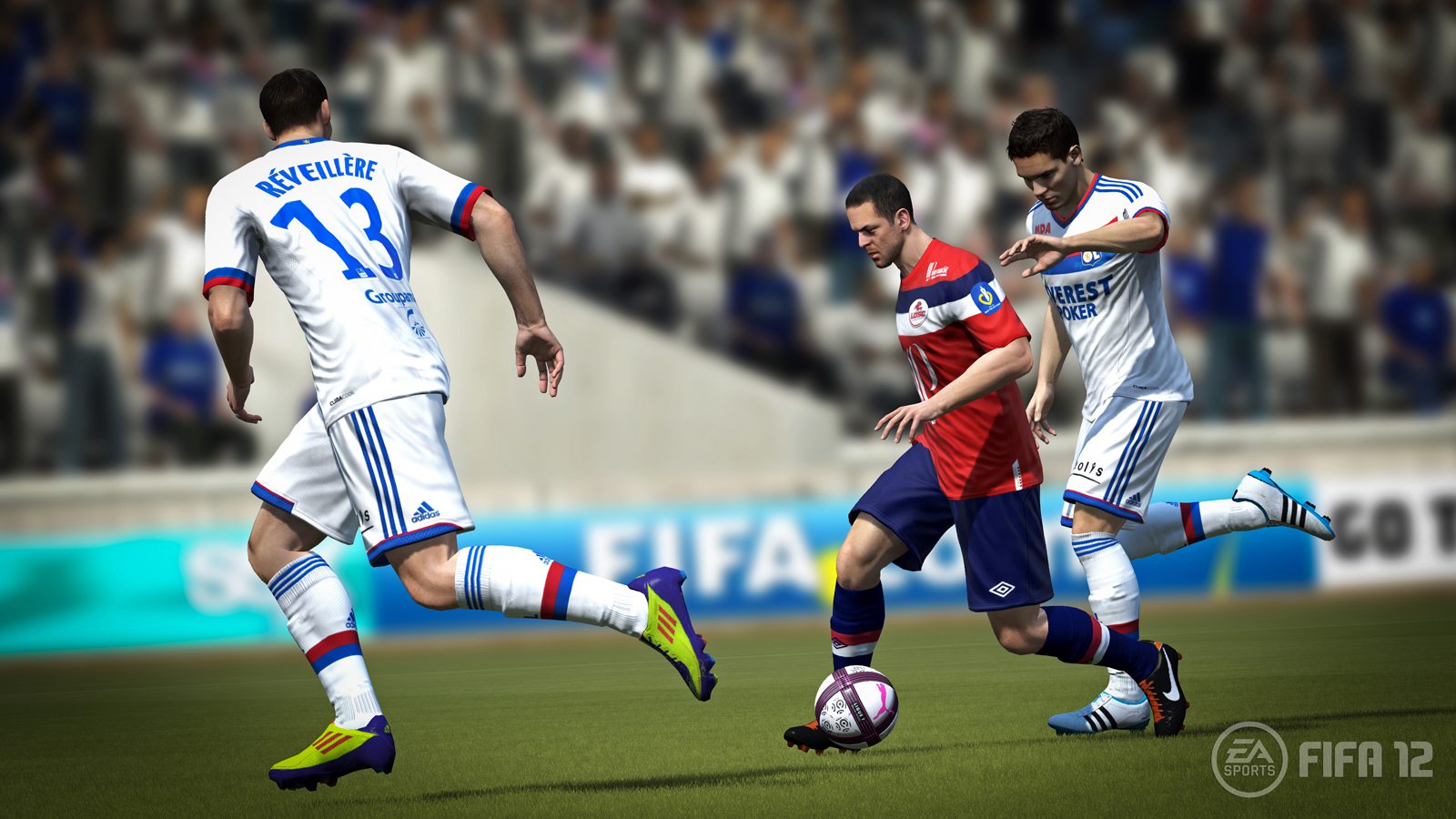 Destroyer of controllers. Inspiration for many a bitter headset mic soliloquy. Accused of cooking up BS somewhere in the world roughly once every 3.4 seconds. Still play it every year though, don’t we?
Yes, we could have easily gone for FIFA ’97. We considered putting FIFA 2003 up on the highest pedestal. But the thing about FIFA ’12 is: It’s the game that EA is still perfecting now.
Ultimate Team has never been more of a gravity-sucking maw than in FIFA. Because we weren’t fatigued by it back in 2011. We hadn’t watched people in gaming chairs shrieking at in-form Messi for years. Even watching someone celebrate with a nice salmon was fresh. This was peak FIFA before it became about how much money people pump into it to create the best team of virtual football men. 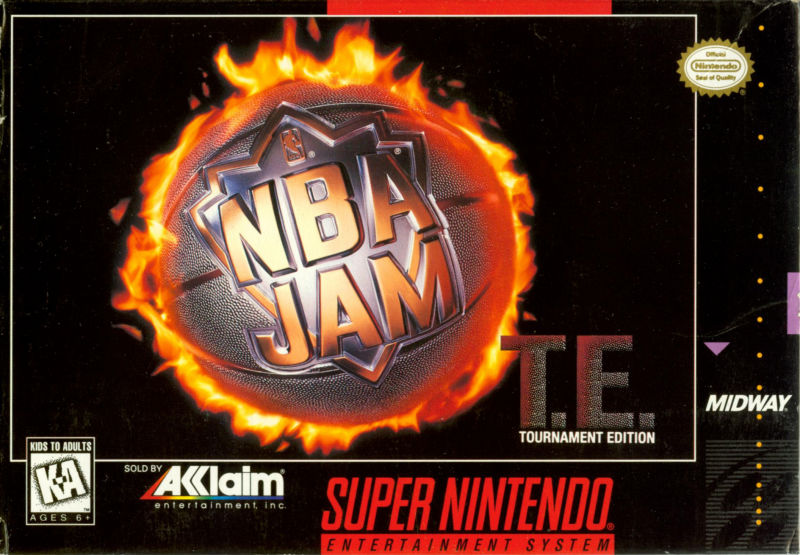 Modern sports games tend to be maximalist expressions of the endeavor they simulate, but in 1994 NBA Jam: Tournament Edition went in a different direction. It asked the simple question: what do players actually want to do when they load up a basketball cartridge? (This was the ’90s. Cartridges. Grunge, Melrose Place.)
The answer, of course, was ‘run from end to end dunking on each other from 25 feet.’ It knew just what to strip away — everything but the aforementioned — and just how to exaggerate what was left: flames. You understood it the second you saw it, but many moons later you were still trying to decide on the perfect pairing and finding finesse in the flamboyance. Yes, it’s more OTT than most games on this list, but that’s part of what makes it so satisfying. 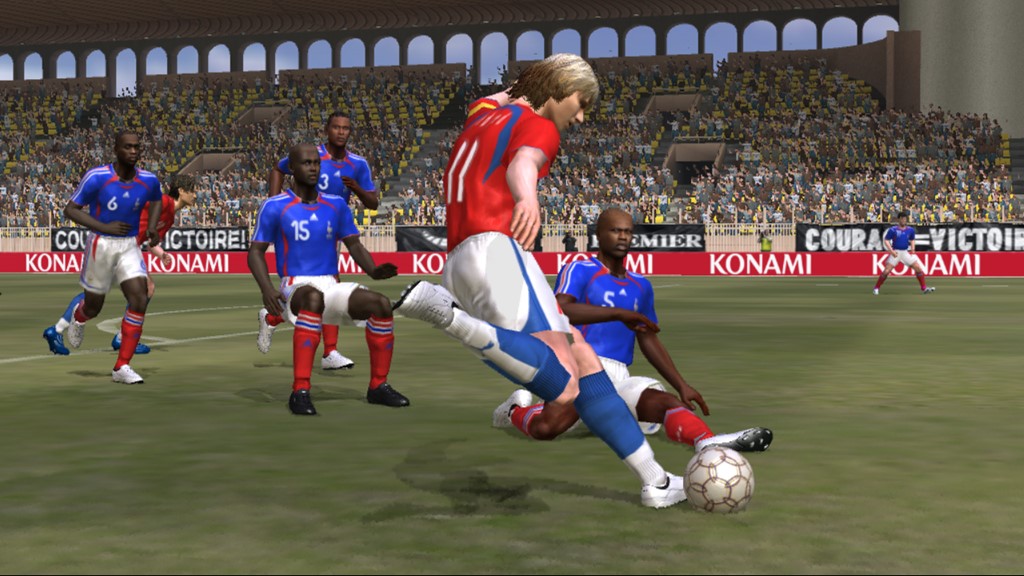 We had to put a buffer between this one and FIFA in order to prevent any Keane vs. Viera behavior in the tunnel. Such is the rivalry between these two great, long-running titans of football simulation. PES (or eFootball as it’s now known) has always had a slightly different flavor, with half an eye on lightning-paced arcade games, and a willingness to distort and mold the beautiful game for it to yield drama and consequence over 10 minutes of play instead of 90.
PES 6 represents the zenith of that arcade-minded vision. Players look like they’re running on a maxed-out treadmill in a silent movie, and play for teams like Pompey and Middlebrook, but try and make the argument that realism counts for more than adrenaline when you’re 85 minutes in. It’s a shame PES has lost its way recently, but this is the gold standard if Konami ever wants to get back to what makes the series good. 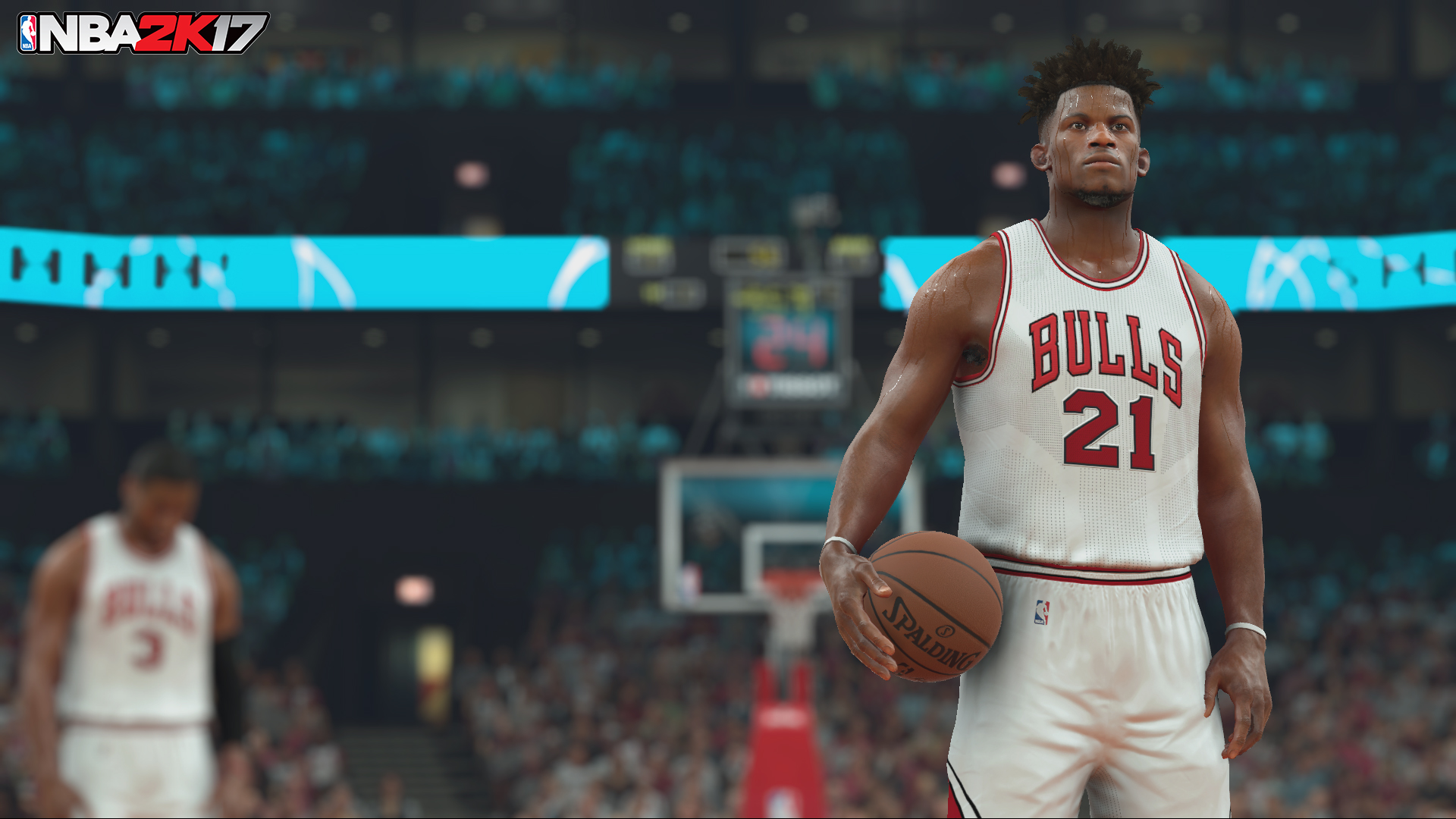 Of all the games celebrated and immortalized in this list, NBA 2K might be the most impressive in totality. Over the course of the last decade, Visual Concepts has built something like a breathing ecosystem of basketball, a walk-in world where your face-scanned player ascends from college ball obscurity to real stardom in lovably cheesy TV movie fashion, and where jostling in the paint and boxing someone out feels as satisfying as posterizing them.
NBA 2K17, aka 2K16 but without that Spike Lee story, represents the pinnacle of that achievement. It was a tipping point, before you started having to pay VC to get a haircut. The mechanics were polished to an Italian marble sheen, player builds were balanced but not restrictive, and Michael B. Jordan was only a little bit annoying as improbably dominant PG and other half of “Orange Juice” in MyCareer.
Subsequent titles offered expanded online play, but the fundamentals have never been bettered. And basketball is a game of fundamentals.
If you’re all sported out, we have more correct opinions in our list of the best RPG games. Yes, we said ‘games’ twice because we’re cool like that.
Written by Phil Iwaniuk on behalf of GLHF.
Sign up for the For The Win newsletter to get our top stories in your inbox every morning
Some clues, tips, strategies to guess Wordle on November 27, along with the answer.
May the God-Emperor bless this selection.
Check out the best build for Layla, Genshin Impact’s astrology student.