Posted By Alex Jackson | On 22nd, Jan. 2018
A Way Out
Publisher:  EA
Developer:  Hazelight Studios
Platforms:  PS4, Xbox One, PC
Genre:  Action Adventure
Release Date:  March 23, 2018
A Way Out is an indie game being published under Electronic Arts’ EA Originals program and under the direction of Josef Fares, following on from the cult classic Brothers: A Tale of Two Sons. The game follows a pair of convicts as they work together to escape from prison. In what is simultaneously a hugely respectable commitment to the vision of the game and a big frustration to players without friends, the game’s main hook is the mandatory co-op and the dynamics that come from that, meaning there is no single player component to the game. It’s expected to release for Windows, Xbox One and PlayStation 4 on March 23, 2018.

The Electronic Arts partnership with Josef Fares was be announced during The Game Awards 2014. The game was picked up by the EA Originals program through Executive Vice President, Patrick Soderlund, who was so impressed by Brothers that he personally offered Josef Fares $3.7 million for the development of the game, while leaving the team with full creative control. This money would be what allowed Fares to form Hazelight Studios.
Hazelight Studios, led by film director Josef Fares is a Swedish development team formed from prior members of Starbreeze Studios who did Brothers: A Tale of Two Sons. Taking a new spin on the two character dynamics presented in Brothers, Josef and his team wanted to create a cooperative title completely unique from anything that came before it, as such they decided that their vision of the game would be mandatory to play with someone else. A Way Out does not include the usual drop-in/drop out features seen in co-op games at all, and the game requires two players in order to begin. Just before the end of 2017, Fares would tweet that the game would only require a single copy for online multiplayer, while not outlining how that would actually work.
While the game is a multiplayer title, there still is a story to tell. The two protagonists, Leo and Vincent have different personalities, and are presented with a variety of gameplay situations for them to interact with, such as stealth and driving. The game is always in split screen, even online, and one player can be engaged in one thing while the other player is in a cutscene.
The game and its gameplay was revealed at E3 2017 on EA’s stage, and the game was again shown off and given its final release date at The Game Awards 2017, leaving it with an official launch of March 23, 2018 for Windows, PlayStation 4 and Xbox One. 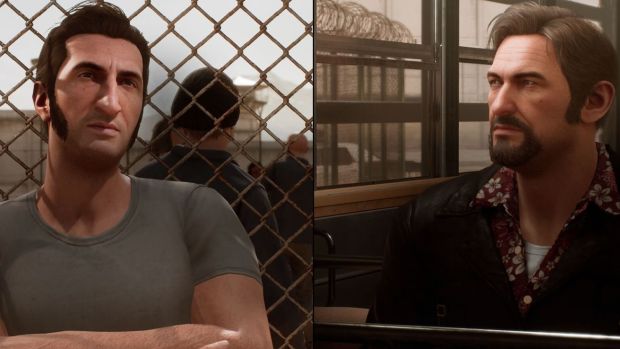 The story of A Way Out has yet to be discussed outside of the premise. Each of the two players will control either Leo or Vincent, each with distinct personalities and responses to the goings on in the story. The two of them will work together to escape from, and stay out of prison. As the journey is likely the meat of the game, it makes sense that Hazelight would want to avoid spoiling too much. 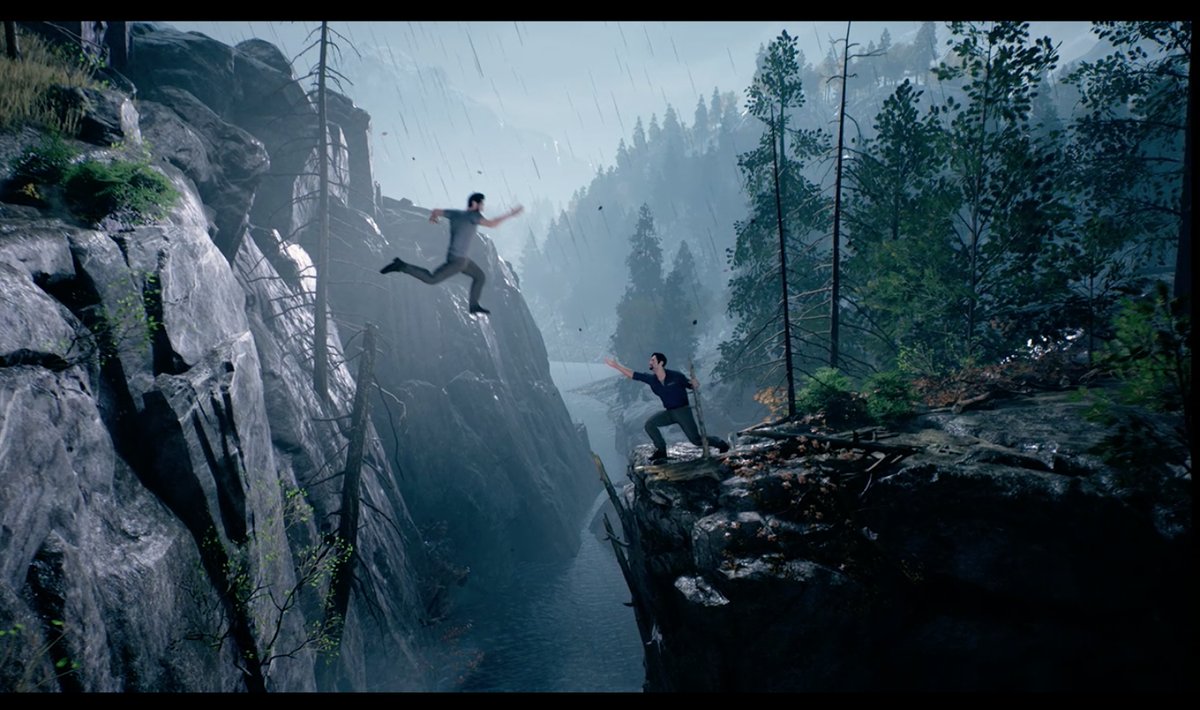 Focused completely on its two player co-op adventure, A Way Out remains in split screen even when played online, to allow players to see both perspectives and emulate the intended couch co-op vibe. Players have the goal of escaping and continuing to evade prison time. Either Leo or Vincent will be controlled by each of the two mandatory players, and navigate their way through the environment, figuring out how to solve problems together and will need to cooperate to advance. Either player can fill either role, and the different characters might react differently. Players can interact with objects and NPCs while they fulfill whichever role they need to, including basic shooting mechanics. 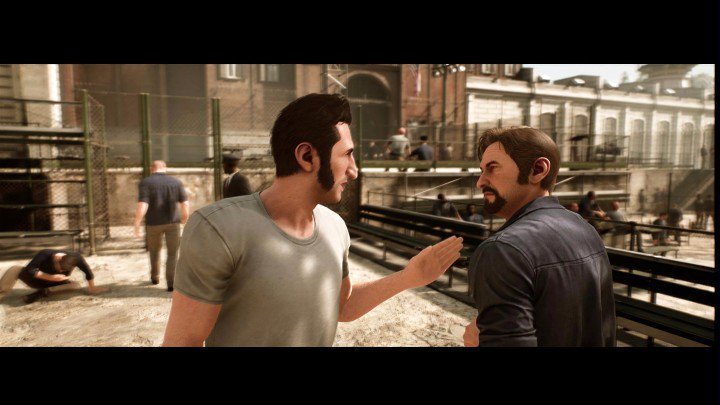 While we know that the two central characters of Leo and Vincent are very different men to go along with the idea of two perspectives of the game, we don’t really know much about how they are different, or about any other characters that might be central to the plot.
Note: This wiki will be updated once we have more information about the game.
Follow us:
Publisher:EA
Developer:Hazelight Studios
Platforms:PS4, Xbox One, PC
View More
Publisher:Square Enix
Developer:Square Enix
Platforms:PS5, Xbox Series X, PS4, Xbox One, Nintendo Switch, PC
View More
Publisher:tinyBuild
Developer:Eerie Guest, tinyBuild
Platforms:Xbox Series X, Xbox One, PC, PS5, PS4
View More
CD Projekt RED confirms the upcoming remake will be a fully open world game. The developer describes it as “a …
The villainous alien life-form is tied to the upcoming new mode, which will be available free and support four…
Those waiting for reviews before dipping into the upcoming survival horror title will have to wait until the d…
The Sisters of Battle join the fray as a new playable class. Three new subclasses are also available, along wi…
“Burnout has a unique take on racing that I think would be absolutely phenomenal now,” says Criterion’s Kieran…
The sci-fi adventure/strategy game celebrates a new milestone on its third anniversary. It’s available for PS4…
View More